UniQ Eu Org
3/01/2021
Facebook Twitter Telegram
As one of the oldest civilizations and the largest ethnic group in Indonesia, it is not surprising that we find a lot of new information about Javanese culture, one of which is Javanese traditional weapons. Starting from its complex traditional characters, the diversity of its cultural arts, to the interesting stories behind its customs - there are many aspects of Javanese culture that we can explore. 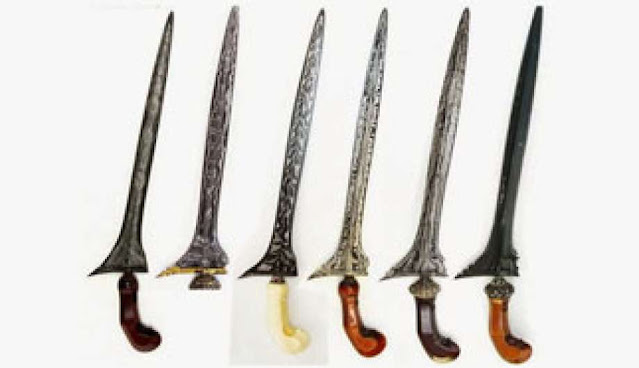 Each region on the island of Java also has its own way of implementing their culture in everyday life. Today, we are going to delve deeper into one of the unique cultural elements on the island of Java - weapons.
Reporting from various sources on the internet, traditional weapons are still one of the most unique cultural elements on the island of Java. This happened because the blacksmith profession was considered a prestigious occupation in the region.
In Javanese culture, the blacksmith profession is highly respected because of the many preparations and rituals they have to go through before a weapon is made. For example, a blacksmith would fast and meditate in order to achieve perfection in their work. This is then also the reason why traditional weapons can last for such a long time.

Want to see the proof? Here are four traditional Javanese weapons that are still used by the community today:

In 1817, Sir Thomas Stamford Bingley Raffles, also known as Raffles, started his research at Sukuh Temple which is located at the foot of Mount Lawu. In this research, Raffles discovered the fact that the keris designs we know today appeared in Java around the 15th century, when the Majapahit Empire was in power.
Raffles also revealed that the keris produced at that time was most likely born from the hands of Bhima, who at that time took the war as a blacksmith.

Today, keris has begun to function as a collection of art to spiritual objects. Unlike other types of traditional weapons, kris has shapes, patterns, and carvings that make it even more unique. Made from pieces of wood, gold, to rare ivory, keris is often considered to have magical powers around it! Now, we can find the existence of kris in various Javanese traditional ceremonies, for example, on the clothes of the groom at weddings. 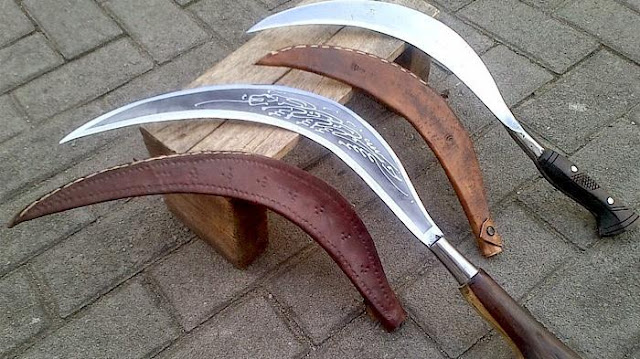 Clurit or sickle is widely known by people who live in the East Java region, especially Madura. The shape of a crescent moon and has a long handle, the sickle is used by the local community as a tool for farming and planting crops.
The story behind the appearance of the sickle itself is believed to have come from a popular Madurese legend about a man named Sakerah. Sakerah is a warrior from the Dutch colonial era who is known to always carry a crescent-shaped weapon wherever he goes. The Sakerah's signature weapon was later widely known as the celurit, which is now divided into two types - Celurit Kembang Turi and Celurit Wulu Pitik. 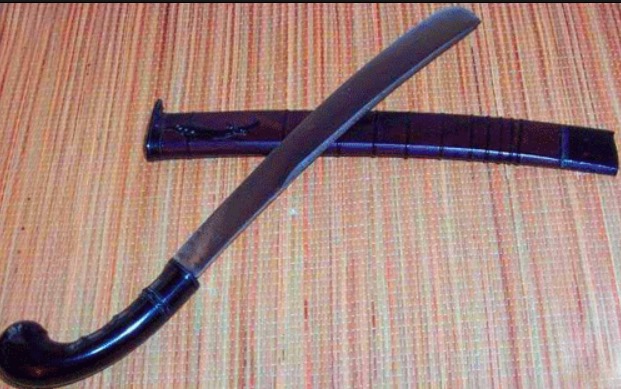 The traditional weapon that we will discuss next is buding, which comes from the largest district on the island of Java - Banyuwangi. The Osing, the largest tribe in Banyuwangi, still use buding as a weapon and agricultural tool to this day.
The buding is similar in shape to the knife or cleaver you are used to. However, the difference lies in the straight and slightly elongated shape of the buds - up to 46 cm. In addition, the buding is also equipped with a wooden handle and a leather sheath as protection.

The last one is the bionet, a traditional weapon which also comes from the province of East Java. If you have never used or even heard of this weapon, a bionet basically has a similar function to a knife or a kitchen knife. It's just that, bionets have sides that tend to be blunt, but have very sharp edges. This is what makes the bionet one of the deadliest and most frequently used weapons during war.
Facebook Twitter Telegram