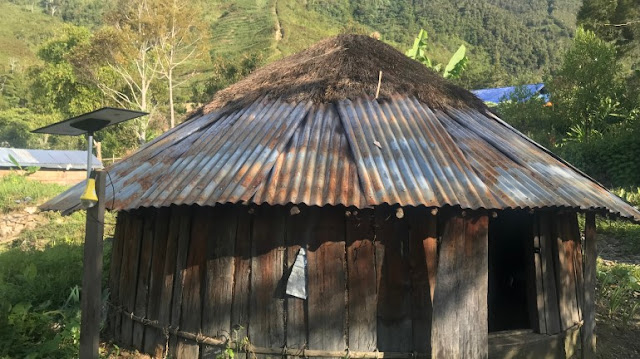 In the eastern part of Indonesia, several tribes still maintain their traditions closely, one of which is the Dani tribe in Papua, who lives in their traditional house, the Honai. Honai architecture is so distinctive with a roof made of thatch or thatch.

Honai male and female were separate. Although a married couple, both of them do not sleep in the same honai. That is, husband and son sleep in male honai, while wife and daughter sleep in female honai.

The uniqueness of the Papuan Honai traditional house can be seen from the shape of the house which resembles a mushroom. Plus the material is made of wood and thatched roofs. But what is most intriguing is the architecture. Even though it looks small and simple, Honai is able to accommodate many family members.

To find out more about this windowless house, this article will cover:

1. The uniqueness of the Honai, the Traditional House of Papua
2. Honai philosophy

1. The uniqueness of the Honai, the Traditional House of Papua 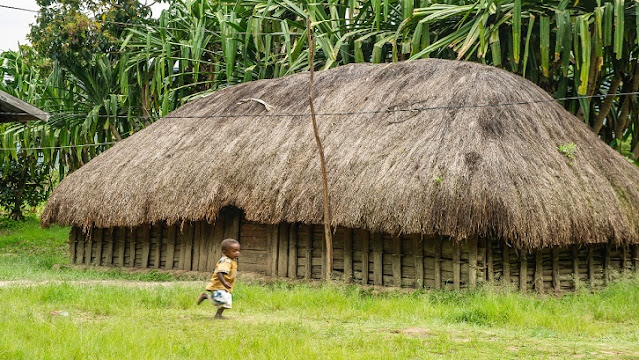 Here is the uniqueness of Honai, a traditional house that can accommodate many family members.

1. The form of a tiny house

Unlike a typical house which consists of a living room, bedroom and kitchen, the small Honai does not have a room division. There is only one fireplace in the middle of the room, which is used as a gathering place and to warm up.

The Honai is divided into two levels, with a wooden ladder connecting it. The first floor is used as a place to gather and entertain guests, while the upper floor is used for sleeping.

Honai has a small entrance, so to enter it you have to bend over. In this house, you also cannot stand up straight, because there is a wooden roof only 1 meter from the floor. Honai also did not have a window, the purpose of which was to ward off the cold and the attacks of wild beasts.

Honai house is not only used as a place to live, but also has other functions. In the male-only Honai house, it is usually used as a gathering place for residents to discuss. Honai is also used as a pig pen, a place to store harvested tubers, as well as fumigating mummies. Honai houses used for smoking mummies can be found in Kerulu Village and Aikima Village, home to two of the most famous mummies in the Baliem Valley.

Honai is the term for a traditional house that is occupied by men. Meanwhile, the house for women has a different designation, namely, Ebe'ai. Both of them can accommodate five to ten people. Honai is apparently forbidden to be entered by Dani women, even though this woman is the wife of one of the male residents of Honai.

Even though the honai house looks small, it turns out that its capacity can accommodate 5-10 people. Interested in having a small house, but able to accommodate all family members? 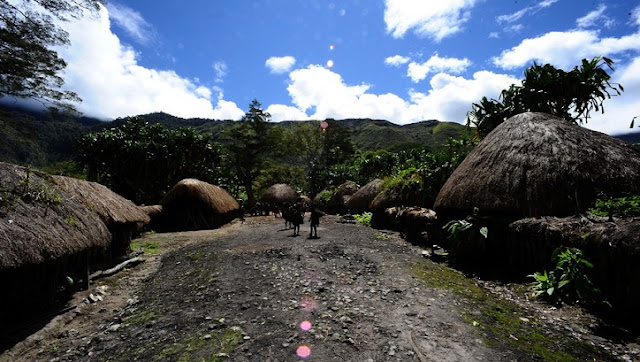 Even though it looks small, this traditional house is rich in the following philosophy of life.

1. The value of maintaining unity and association

Honai has the value of maintaining the unity and integrity of fellow tribes, as well as maintaining the culture that has been passed down by our ancestors forever. An example of unity and unity in Honai is that this traditional house can only be built by men in mutual cooperation.

On the other hand, the construction time is also determined specifically and must be followed, so that the construction is not hampered by the weather or the threat of natural disasters. In addition, there are rules that must be obeyed in the construction of the Honai. One of them is the placement of the door of the house, whose position must meet the direction of the rising or setting sun. This direction is considered to be able to make Honai residents more alert if a fire occurs or an enemy attack comes.

By staying in one Honai, everyone will be of one heart, one mind, and one goal in completing a job. Honai and Ebe'ai are also educational facilities. In Honai, boys are trained to become strong people when they grow up so that they can protect their tribe. Meanwhile, in Ebe'ai, adult women will jointly carry out the educational process for girls who are growing up. Young women are also taught things to face when they get married.

3. Symbol of personality and self-esteem

Reporting from the Indonesian Information Portal, Rumah Honai is a symbol of the personality and dignity of the Dani people who must be cared for by their descendants or grandchildren in the future. In the midst of modernity, the traditional Honai architecture is still being preserved.
The materials used to make Honai come from 100% natural, renewable materials, from wood frames, woven walls, to thatched roofs, which are environmentally friendly materials. This is an example for the current generation of architecture that long before the knowledge of green architecture, our ancestors in Indonesia had implemented it.

The shape of the house with the roof closed down also aims to protect the entire surface of the wall from being exposed to rainwater, as well as to reduce cold air from entering the house. The reason for the absence of windows in the Honai house is also because the temperature in the local area can reach 10-15 degrees Celsius at night.
Facebook Twitter Telegram