-->
Home Indonesia Ritual Viral West Java 16 People of Heresy, There is a Ritual of Bathing Together

16 People of Heresy, There is a Ritual of Bathing Together 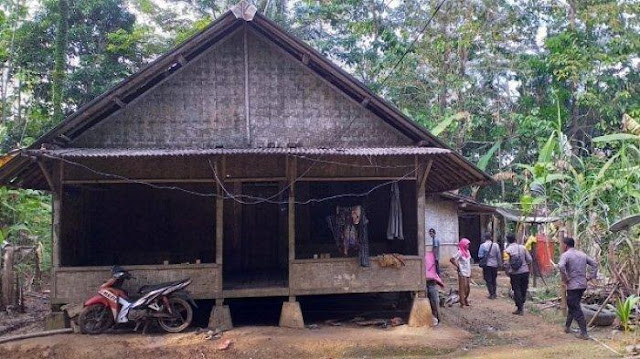 Currently, 16 people including the police who lead a cult, 52-year-old Arya are being questioned at the Pandeglang Police. “They are currently undergoing an examination,” said Hamam.

Hamam explained that the sect was adopted from the Hakekok teachings brought by Abah Edi (deceased). Then continued by Arya with the teachings of Balaka Suta, the leader of Abah Surya.

From the results of the provisional examination it was found that the leader of the cult had invited his congregation to bathe together without wearing clothes.

16 people, consisting of 5 female members, 8 male members and 3 children, participated in the ritual of bathing together without clothes or naked.


Here are the facts:

The ritual of bathing together without clothes is not only followed by parents, but also involves the children. In details, there are 5 women, 8 men and 3 children. They were bathing in the river where there were bushes around it. Their clothes were left lying on the ground.

Based on Uniq.eu.org monitoring, the police were arrested by the police on Thursday. They were taken in a police car and immediately taken to the Pandeglang Police detention center. Deputy Head of Pandeglang Police, Police Commissioner Riky Crisma Wardana, said that efforts to uncover the case started with information from residents. According to him, residents saw a number of people carrying out unusual religious activities.

According to him, information about their residents carrying out religious activities by removing all their clothes without wearing clothes at a water reservoir PT Gal. His party is still conducting an investigation directly carried out by the Pandeglang Police Satreskrim. His party coordinates with Bakorpakem which is chaired by the Pandeglang Prosecutor's Office.

“Later it will be found out, whether it is a heretical teaching or not. We have already secured 16 people. Later, there will be a study from the MUI that this activity is a deviant sect or not,” he said.

His party had anticipated that the people at the bottom would not make unexpected turmoil. His party has also secured the residents' clothes, ID cards, wallets, and others.
“For the Cigeulis community, don't worry, we have also secured the people. Tomorrow we will also hold a meeting to find out more deeply,” he added.

2. Chaired by a middle-aged man.

The Hakekok teaching is chaired by a man with the initials A who is 52 years old. According to him, A admitted that he was a student of a teaching leader who came from Cibungbulang District, Bogor Regency, West Java. Currently A has also been secured by Pandeglang Police officers.

“For his teachings, to adhere to Akekoh (Hakekok) teachings, was brought by brother E, the deceased. Brother Aeng continued, with the teachings of Balatasutak in Cibaliung District and Bogor Regency,” said Deputy Head of Pandeglang Police, Police Commissioner Riky Crisma Wardana, when met at the Pandeglang Police Headquarters, Thursday ( 11/3/2021).

He considered that the teachings of Hakekok were misguided and not justified by religion. He asked local residents to submit the legal process to the police.

“I hope people don't take the law into their own hands and leave the whole process to the police,” he said. He appreciated the steps taken by the police in securing the residents who were involved in this cult.
“The problem is, usually if there are things that deviate from our habits, the community has taken action on their own,” he added.

Previously, a video showing the ritual of bathing together without clothes went viral on social media. Based on the video recording obtained by Uniq. Eu.ORG on Friday (12/3/2021), you can see young men and women without clothes. They were bathing in the river where there were bushes around it. The clothes were left lying on the ground.

From the information obtained so far, said Riky, it was admitted that the ritual activity had only been carried out once with the aim of cleansing oneself from all sins and becoming better.
Facebook Twitter Telegram