Scientist's Prediction About Human Civilization Will Collapse in the 21st

A study conducted by one of the largest accounting services in the world, KPMG, mentions the predictions explained by scientists from the campus of the Massachusetts Institute of Technology (MIT) decades ago.

The predictions about the risk of destruction of human civilization seem to be starting to be accurate.

Citing Vice, this conclusion is based on the latest empirical data related to various economic variables in the world.

When countries are trying to revive the economy due to the impact of Covid-19, this research from KPMG raises questions regarding the risk of returning to normal life as before the pandemic.

Here KPMG draws on data from a report published in 1972 in which a group of MIT scientists looked into the risks of destroying the modern nation state.

The system dynamics model released by the Club of Rome organization identifies the frontiers of future growth.

This means that the current global civilization is at risk of collapsing or being destroyed around the middle of the 21st century. This is due to overexploitation of resources.

No doubt this research sparked a very fierce debate when it was first released, even to the point of being mocked by various experts who misinterpreted the findings as well as the method.

However, recently the director of KPMG has proved to modern society that the world is on the verge of collapse. The latest study, which continues the predictions of the MIT team of scientists, was published in the Yale Journal of Industrial Ecology in November 2020 which you can access on the official KPMG website.

The study concludes that the business-as-usual system in global civilization actually shows a constant downward trend in economic growth.

It is even predicted that it will get much worse in the next decade and trigger the collapse of civilized society around 2040.

Gaya Herrington is the author of this scientific paper, he studied the MIT model and then made his own analysis of sustainable economic trends.

It is worth noting that Herrington underwent research to follow up on his Master's thesis at Harvard University and was also an advisor to the Club of Rome.

Of the ten data variables found, the latest data are closest to the BAU2 (business-as-usual) and CT (comprehensive technology) scenarios.

"Even when paired with the unprecedented development and adoption of technology, business as usual as modeled by LtG will inevitably lead to a decline in industrial capital, agricultural output and welfare levels in this century," he added.

Repair Efforts Must Be in the Interest of the Community 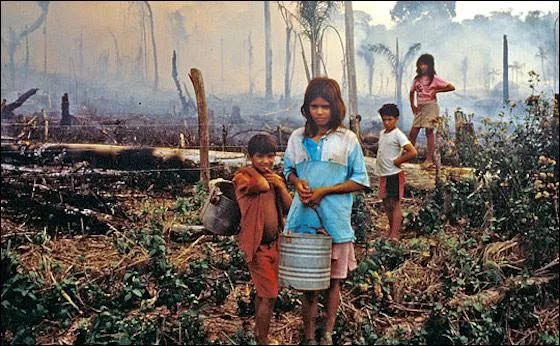 This research finds that apart from preventing the risk of Earth's destruction, technological advances and increased investment in public services can bring about a stable and prosperous civilization. The problem is, we are running against time.

When speaking at the 2020 World Economic Forum as director of KPMG, Herrington explained the agrowth agnostic approach to growth that focuses on other economic goals and priorities.

Human activities can be renewed and productive capacities can also be changed. The facts and examples already exist today.

Herrington took as an example the manufacture and distribution of vaccines to deal with pandemics. A vaccine that can be completed quickly shows humanity can respond to global challenges as long as they have the will to do it.

So it also shows that humans need a firm approach to the environmental crisis.

"Important change is not easy to make, and poses transition challenges, but a more inclusive and sustainable future can still be realized," continued Herrington.

Data shows that our decisions in the next 10 years will largely determine the fate of mankind.

Although currently on the brink, Herrington reiterated the rapid rise in environmental, social and good governance priorities as a basis for optimism.

This indicates a change in the pi . pattern in both government and business of the world community. However, what's up with the mindset of the government and society
Facebook Twitter Telegram