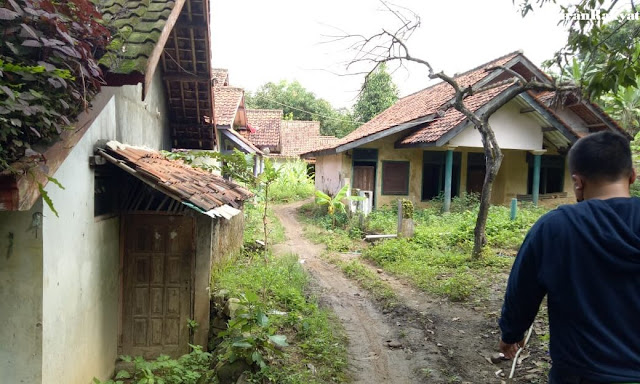 Tarikolot Block, Sidamukti Village, Majalengka Sub-district, Majalengka Regency, West Java has recently been widely discussed and has gone viral on the internet as a 'dead village'.

This is due to an upload of a YouTuber behind the Bucin TV account which depicts a spooky atmosphere, neglected in Sidamukti, which is then dubbed the dead village of Majalengka.

Tracing the People's Mind, the dead village of Majalengka is still inhabited, although it is not as crowded as a village.

Tarikolot is just one of the blocks in Sidamukti Village which is located at the western end bordering the Cibadak Block of Munjul Village, Majalengka District.

During the day or at night in Tarikolot it is indeed quiet because almost all the residents are farming. In the morning leaving for the garden, the afternoon before Asar just came home.

In a video with 3 million on Bucin TV's account, viewers as of February 7, 2021, YouTuber Khadafi Tuasamu visited empty houses that were no longer inhabited.

However, the fact is that there are still the crows of chickens, goats, and pet birds tied to twigs and hanging from the roof of the house terrace.

The village still has a nuance of life from those loud voices.

The electricity in the yard was still on, the sound of television broadcasting a soap opera in Ida's shop was heard loud.

Although the residents are busy farming during the day, in some houses there are also clotheslines on plastic or wire ropes.

The muddy, muddy alleys used by motorbikes indicate the frequent traffic of tires. Motorbikes, whose accessories have been stripped, are parked in a number of houses, abandoned by their owners who were going to the garden.

The houses that appear to be completely uninhabited and damaged are only those on the side of the road starting from the Cisempong Block river which is approximately 100 meters long, and is 30 meters to the inside.

This condition is due to the severe ground movement in the area. Dozens of other houses still show activity. 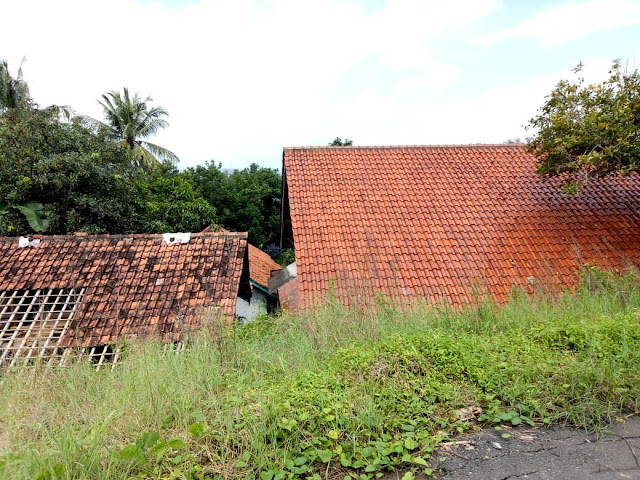 Udin Samsudin from Cijati sub-district who has lived in Blok Muktirahayu for more than 20 years, Sidamukti admitted that every day he sends gallons of water to dozens of residents' houses to drink.

It's not that there is no water in the takolot, because it is quite fertile, but because now people have changed their habits to consume bottled drinking water

“I send water here every day. There are dozens of gallons that I send every day, ” said Udin.

According to him, there are still many people living in the area, especially during the day. This is because some residents who had been relocated in 2011 returned, and the house given by the government at the relocation site was given to their children.

A house given by the government at the relocation site in Buah Lega is occupied by a resident, only at night or when it rains heavily.

The village also looks deserted, because the houses are far apart. Most of them have large yards planted with mangoes and fishponds.

Here too, there is a large shop owned by Adit that provides a variety of household needs.

The village head of Sidamukti Karwan confirmed that a number of residents still live in the Tarikolot Block even though administratively the village has been removed.

Even the village does not allocate for infrastructure activities there. Only social assistance is provided for these residents.

“I regret that there are accusations that the village has died until it has gone viral, because there are only blocks. One of the blocks in Sidamukti Village. Administratively, the remaining blocks are Kampung Buah Lega, Curug, Muktirahayu or Cikamal, Babakan and Ciandeu, ” said Karwan.

Now in Tarokolot, according to Karwan, 8 families are inhabited.

Only in the morning or evening, many people from Buah Lega live there because when they go to the garden or rice field they are considered closer than Buah Lega.