-->
Home unique Wow A City With Only One Citizen

A City With Only One Citizen

UniQ Eu Org
3/19/2022
Facebook Twitter Telegram
It turns out that there are cities in this world that only have one citizen. I don't know what he does when he's alone. Amazingly, she is a woman who lives alone in the city. Who is she? 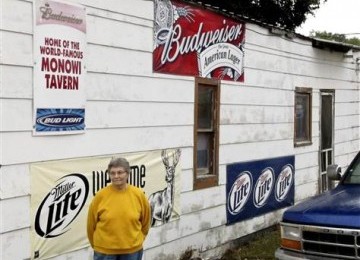 Elsie Eiler is the most admired person in Monowi, Nebraska. She is also the smartest, healthiest, most beautiful and youngest person in Monowi. Understandably, Eiler is the only resident in Monowi. When people become the only citizens in one place, then all titles and designations become very suitable. Eiler, who is now 77 years old, is the sole resident of Monowi. A village in northeastern Nebraska, United States.
That's unique. US Census 2010 results show Monowi is the only village, town and city in the country that has only one resident. Monowi, according to the census, had two residents in 2000. But one resident, none other than Eiler's husband, Rudy, died in 2004.
Eiler lived in a mobile home about half a block from the city's only business establishment, the Monowi Tavern. It was fitting because Eiler owned and operated the shop.
Eiler and her husband bought the place in 1971. She is now there 12 hours a day serving drinks and food. Eiler also runs the small town library. A small building filled with 5,000 books was dedicated to Rudy, who is a fan of reading.
There is no need for an election, he said, "because I will be the only vote."
Eiler made big news after her husband died. He became the sole resident of Monowi seven years ago. Several national media and talk shows reported his story. Visitors from all over the world come to Monowi to meet him.
What do you think? Please comment, I hope this information can be useful for you to know more about the unique things that exist in our lives and in this world.
Facebook Twitter Telegram