-->
Home unique Just by buying this pill, then your farts will smell like chocolate

Just by buying this pill, then your farts will smell like chocolate

UniQ Eu Org
3/26/2022
Facebook Twitter Telegram
Farting is something that is generally not liked by many people, but they often do it whether it's after eating at a party or eating at home with the family. Although the sound is not disturbing, but the aroma released by the fart is the main problem why everyone doesn't like farts. 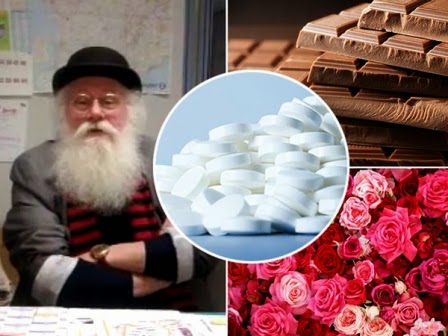 Too often experience unpleasant things like that, a 65-year-old French man named Christian Poincheval actually created a new discovery that can overcome this.
Referred to as the “Farting Pill”, this pill wasn't just any pill. Poincheval deliberately made the pill and made people who consume it will produce a quite pleasant smell of farts. After the success of his rose scent, this time he created a fart pill that can produce a chocolate scent.
"When we have dinner at the dinner table with friends, one of the things we quite often avoid is the very annoying smell of farts. I think there has to be a way to deal with this," Poincheval told the Oust France daily.
For this reason, he created the pill and started selling it on his personal website. The results were quite satisfactory, the pills sold well at times such as Thanksgiving, Christmas and New Year's celebrations.
In addition to being able to modify the aroma of the released farts, Poincheval's pills can also reduce the amount of gas in the stomach so that consumers can control gas levels at dinner.
In addition, users also don't have to worry about experiencing side effects from using these pills because they are made from herbal ingredients such as vegetable extracts, seaweed, blueberries and propolis.
"This pill is very popular and is in demand by many people. Some people buy it because he does have digestive problems in his stomach, and others buy and give it to his friends just for fun," said Poincheval.
Facebook Twitter Telegram