-->
Home Amazing Animal unique Wow It turns out that there are animals that are more dangerous than piranhas, here they are!

It turns out that there are animals that are more dangerous than piranhas, here they are!

UniQ Eu Org
4/06/2022
Facebook Twitter Telegram
Surely you know marine animals that are included in this type of carnivore or animal-eater, well he is the piranha. These animals attack in groups and if they eat their prey, there will be nothing left of what they eat. But do you know? that it turns out that there is an animal similar to the piranha but more dangerous than it, what animal is it?
He is the animal Candiru. Candiru or Canero is a type of freshwater fish that is in the same family as catfish and can be found in the Amazon and Oranoco rivers. Rather than the piranha, the fish measuring only 1 to 2 inches long by 4 to 6 millimeters wide is more feared by the locals. Because these fish are very attracted to urine and blood. 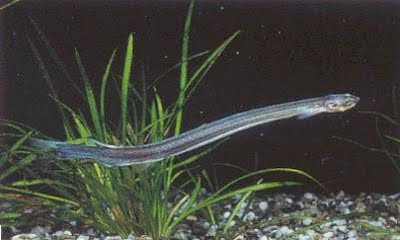 This parasitic type of fish has an eel-like shape and is almost transparent in color, its movement is also fast, so it is almost impossible to see it in the water. Candiru fish are strong swimmers, their skin is soft and slippery, their teeth are also sharp.
Candiru fish consist of 3 species, the first is the finger-sized candiru fish, the second candiru fish is toothpick-sized, both usually eat by entering into large fish, the third is candiru whale (whale candiru) which is a carrion-eating fish. How to eat this candiru fish is to find fish by tasting water and knowing the fish from the flow of water caused by other fish.
After finding it, this small fish will go straight to the crevices of the fish's fins, then the spines will hurt the fish's gills and bleed while the candiru fish are inside the fish. Not only fish, humans are also targeted by candiru fish, that's why this candiru fish is commonly called a vampire fish from Brazil.
How to heal from this fish is with water from the Xagua plant and Buitach apple, the water is then put into the affected area of ​​​​the fish. The effect of the two plants for candiru fish is to dissolve it. Not only traditional medicine, the treatment can also be through surgery.
Facebook Twitter Telegram